Fishing over the past week in Tampa Bay has been tough with the coldest cold fronts of the year. Fishing has been tough due to the fact that it is 70 degrees one day and 50 degrees the next, coupled with strong winds it hasn't been easy. Trout, Redfish, Sheepshead, and Black drum have still been the main targets as they are the most susceptible to the cold conditions.

Trout fishing has still been fairly consistent as long as the tide is moving and the seas are calm. Live shrimp fished on the bottom has been working slightly better than fishing with a float, as the fish have been holding closer to the bottom with the conditions. Jigs fished slowww have still been producing good result. The key when fishing with jigs over the past week has been not only work it slow, but being able to feel the strike as they haven't as aggressive. Reeling when the fish bites has worked better than setting the hook as they have been short striking. 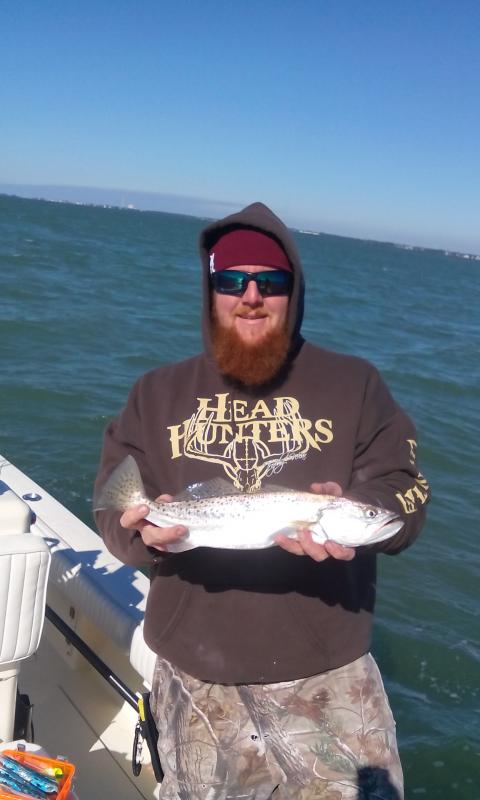 Redfish have picked up with the passing of the new moon and more fish are showing up. A lot of the fish have been quality mid slot to upper slot fish, but they haven't been willing to eat, but there are always a few that will! The small “Rat” size redfish have still been abundant and are more than willing to eat. Docks, Oyster bars, and mullet schools have all been holding fish, and once you find a few you are able to build a pattern fairly quickly. 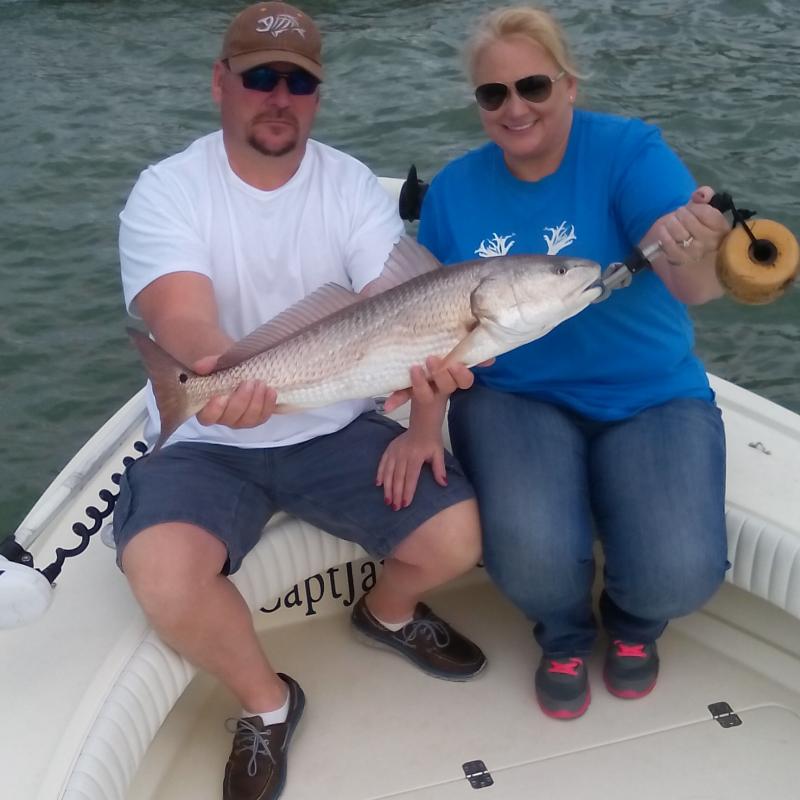 Sheepshead and black drum have still been around and have also been willing to bite even though the temperatures are down. Most of the sheepshead have left the inshore docks and pushed out to the near shore reefs and rock piles in 12-20'. Live shrimp or fiddler crabs fished on a light jig head or a knocker rig have been producing good results. Black drum have still been around the inshore docks and oysters, and have have been common catches when targeting redfish. Most of these drum have been smaller fish in the mid 20” range. The large black drum over 30lbs should be showing up here in the coming weeks.

Hopefully this will be the last of the major cold front for the year, as Spring is just around the corner and Kingfish and Mackerel season should be here in no time! So while the weather isn't the best take time to get your gear ready and your trips booked.